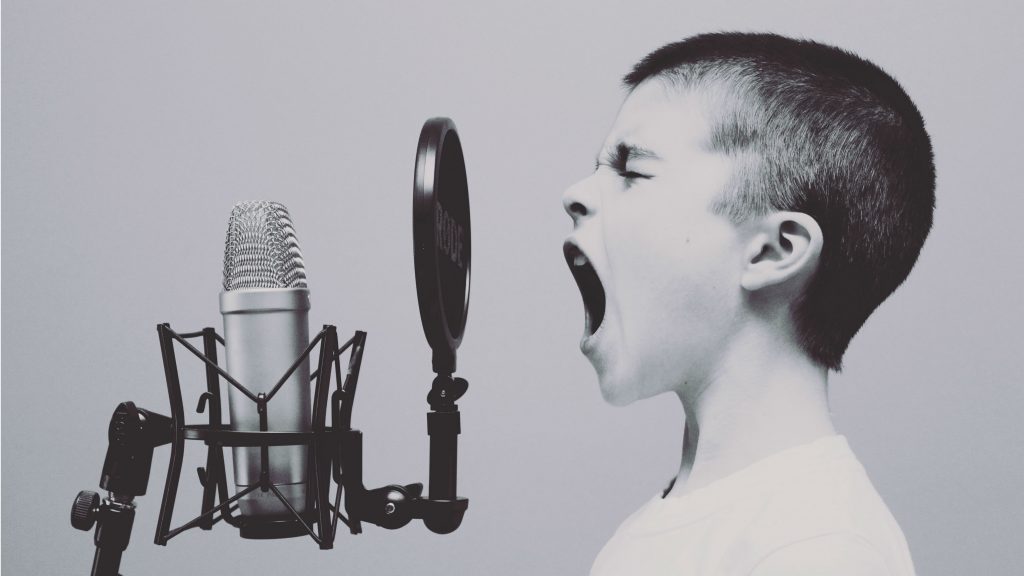 My closest friends and family know that I am a 100% pure angus-certified nerd. I spend far too many hours studying music and audio recording (and by “studying,” I really mean “watching YouTube videos.”) Recently, I watched a video review of a piece of audio gear. During the review, Christian music examples were used to demonstrate the equipment, which is not totally out of the ordinary. However, at the end of the video, the reviewer proceeded to “pray over the unbelievers and believers” who might be watching the video.

You guessed it, the YouTube commentators UNLEASHED on this poor guy. I know that his intentions were well-meaning, but I’m here to put forth my argument that “Christianese” has GOT to go away. Sorry to burst your bubble, but you won’t find a soul on earth who doesn’t believe in prayer who also wants to their unbelief to be “prayed-over,” as if the doctor has arrived to rid them of their disease.

The real problem I see here is the use of language to set up an “us vs. them” dichotomy right out of the gate. It’s similar to an intellectual using flowery language to talk “above” their blue-collar friend who doesn’t understand what they are saying. Generally speaking, confused people tend to become defensive people. It’s been my experience that defensive people have very little interest in what you have to say.

Like most religious folks, Christians believe they have something that other folks just don’t have – namely, the Spirit of God within them and the many benefits that entails. What we must be extremely careful to fight against is the natural next step – the belief that, if we have been given the Spirit, it must now be our job to give the Spirit away to others. Let’s stop and remember that God is the one who’s doing the giving. We can offer nothing but a voice and we’re instructed to be messengers, not angels. As such, the way we go about communicating might actually be the single most important tool we have.

It’s pretty clear that Jesus was a fan of plain-speech:

Matthew 6:5-8 And when you pray, you must not be like the hypocrites. For they love to stand and pray in the synagogues and at the street corners, that they may be seen by others. Truly, I say to you, they have received their reward. But when you pray, go into your room and shut the door and pray to your Father who is in secret. And your Father who sees in secret will reward you. And when you pray, do not heap up empty phrases as the Gentiles do, for they think that they will be heard for their many words. Do not be like them, for your Father knows what you need before you ask him.

The short version: you aren’t fooling anyone. Or, maybe you’re fooling literally everyone except God. In a world where Joel Osteen shuts flood victims out of his megachurch, neo-Nazis are still marching streets, and Westboro Baptist continues to protest soldiers’ funerals, we have more than enough distortions of Christianity to go around. We need simplicity, clarity, and unity and telling your atheist colleagues about how you’re “really seeing the fruit grow” after your recent Prayer Warrior’s Missions Retreat in Uganda is a surefire way to muddy the holy waters.