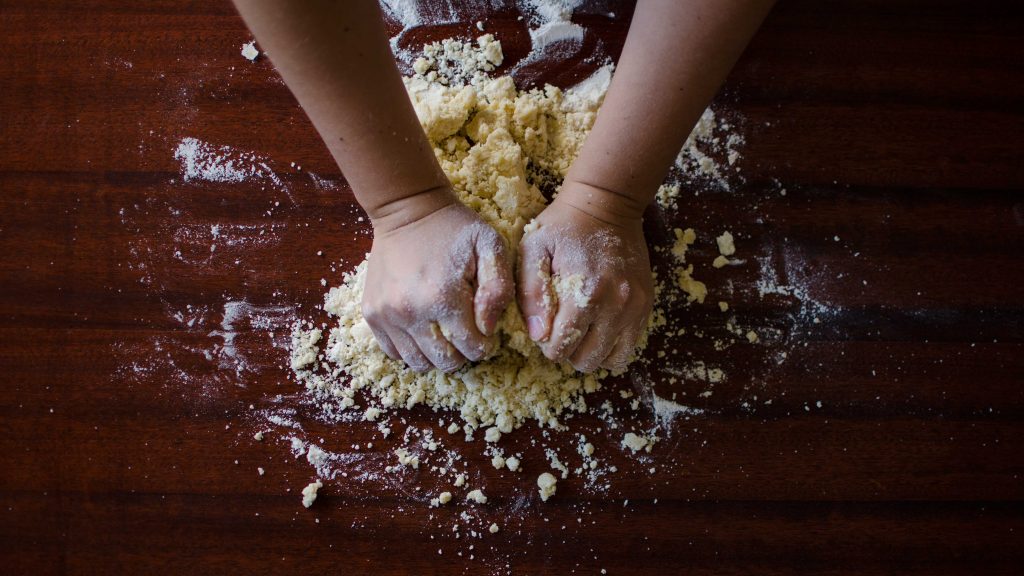 Have you ever read the story in Exodus about God raining down bread from heaven? I have probably heard that story dozens of times, however, I was recently inspired to actually read Exodus after watching Disney’s The Prince of Egypt (no joke). As a child I pictured this miracle to literally look something like bread falling from the sky. Pretty silly, right? Come to find out, Exodus 16 actually reads very differently.

The story starts with the Israelites grumbling about their circumstances, mainly their lack of food and water, growing impatient after roughly two and a half months of sojourning through the desert. Little did they know that would be the case for the next 40 years until Joshua finally led them into the Promised Land.

Exodus 16:2-3 And the whole congregation of the people of Israel grumbled against Moses and Aaron in the wilderness, and the people of Israel said to them “Would that we had died by the hand of the Lord in the land of Egypt, when we sat by the meat pots and ate bread to the full, for you have brought us into this wilderness to kill this whole assembly with hunger.”

How typical is this? Remember, God’s people have just been delivered out of Egypt where they were enslaved for hundreds of years. A few weeks prior to the account in these verses, these people were in chains until God defeated Israel’s enemies with a series of crazy plagues and parted the Red Sea on their behalf! And now, just a short time later, they seem to have forgotten how the Lord provided and they’re complaining about being hungry, claiming they were better off suffering under Pharaoh’s rule because, well, at least they had meat pots and bread. *face palm*

In the next verse, we see God promising provisions to Moses by sending bread down from heaven. Then the Lord says,

Exodus 16:12 I have heard the grumbling of the people of Israel. Say to them, “At twilight you shall eat meat, and in the morning you shall be filled with bread. Then you shall know that I am the Lord your God.”

That very evening, quail came up and covered their camp and in the morning there was a fine, flake-like thing, “fine as frost” on the ground, the bread that the Lord had promised. Of course, Israel still wasn’t convinced the Lord was going to take care of them, so they violated God’s command and tried to out-smart Him by cleverly saving extra bread, afraid this miracle was a one time deal. It’s no surprise to us that God didn’t leave them hanging. Instead, He supernaturally provided His people with food every single day (except on the Sabbath) for 40 years. That’s a long time! This bread, known as manna, is described like wafers made with honey, sweet to the taste. God not only sustained, but satisfied them for 40 years, yet they continually doubted, grumbling as the Bible says.

This is one of those stories where I so badly want to identify with faithful Moses, but I absolutely stack up more like the pathetic, whiny, hard-headed Israelites. Much like the exodus, we journey through the wilderness of life, full of trials and tribulations, toward the Promised Land of heaven. Even still, sometimes it’s hard to keep our eyes fixed on His promises. We get bogged down and discouraged by those trails and tribulations. I can think of many scenarios in which this grumbling attitude might describe us nowadays. We all have something to complain about.

If we fast forward and flip over to the New Testament, we see the Jews grumbling about Jesus who claims to be the bread of life. I love how the evangelist of John uses this same verb, grumbling, in verse 41 to describe the Jews making a fuss. The Old Testament theme really drives his point home.

John 6:42 They said, “Is not this Jesus, the son of Joseph, whose father and mother we know? How does he now say, ‘I have come down from heaven’?”

Can’t you just hear the mocking attitude with which this question was likely asked? Earlier in this same chapter, Jesus fed the five thousand. As news spread of this miracle, crowds came looking for Him asking for a sign so that they too might see and believe (as if feeding thousands of men, women, and children with five loaves and two fish wasn’t miraculous enough). They refer back to Exodus and the bread of heaven as an example of such a sign. This is the conversation that follows:

They said to him, “Sir, give us this bread always.”

Jesus said to them, “I am the bread of life; whoever comes to me shall not hunger, and whoever believes in me shall never thirst.”

In case you don’t already know, I’ll let you in on a little secret. Jesus loves metaphors. He frequently speaks in parables and “I am” statements. He’s the bridegroom, the shepherd, the vine, the gate, the light of the world, the bread of life. Nick pointed out that J. R. R. Tolkien loves symbolism too. Fun fact: some fans of Lord of the Rings believe Elvish way-bread was inspired by Hebrew manna. In the first film, Fellowship of the Ring, Sam and Frodo are seen surviving on the sweet bread called lembas throughout their journey, similar to Israel in Exodus. Later, a character named Legolas says,

Lembas! Elvish Way-bread. One small bite is enough to fill the stomach of a grown man.

Instead of resting in God’s future promises, we grumble about our present circumstances, hungry for instant gratification, but one small bite of the true bread of life is enough for full soul-satisfaction. Spiritual bread never perishes, never spoils. Much like Jesus explains to the crowds, we need to take a step back and see the forest for the trees. Zooming out, we see that we are Israel, a nation of complainers, Christ is the greater Moses, and the land flowing with milk and honey is the eternal paradise we long for. We all desire what we cannot fulfill, so let’s break bread with our Provider, eat our fill of the loaves and give thanks to the One who nourishes us forever. For in a world starving for a Savior, eating is believing.