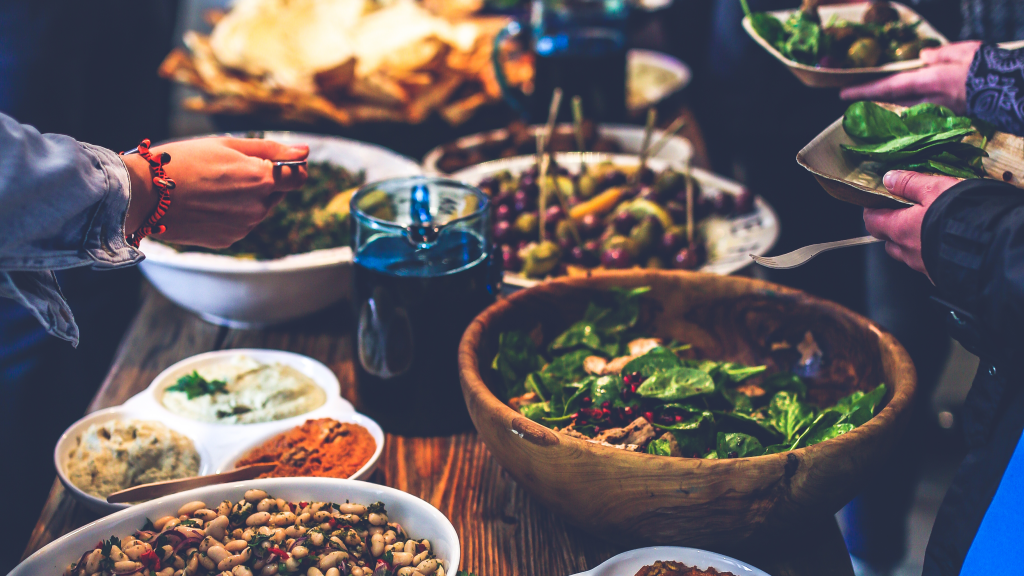 Cheeseburgers, hotdogs, french fries, salad, pizza, fruit, pastries, cake, ice cream and so much more. As many of you know, I graduated from college last week, and my spectacular siblings took me on a celebratory cruise to the Bahamas! I don’t know about you, but when I think cruise, I think food.

I can proudly say that our vacation was filled with breakfast buffets, poolside BBQ, and gourmet dinners. The eating never stopped and the options were endless. And isn’t this so indicative of the society we live in? Who doesn’t love an opportunity to build your own or do it yourself? Think frozen yogurt, Pinterest, and NIKEiD. America encourages customization, personalization, and individuality in every respect. We celebrate the privilege of choices and feel entitled to always make our own decisions. These examples might seem trivial, but I would argue that this mentality has bled into ideals much more significant than á la carte dining and tailor-made shoes.

More and more, I see Christianity treated like a buffet of suggestions to choose from instead of a feast of truths to abide in. Scripture is picked apart and many times taken out of context. We say, “I like this, but I’m not so sure about that” and start to pull out what we want to hear from the Bible instead of genuinely examining it and delving into the hard, gritty stuff. We run away when it’s not easy or we create our own justifications for our not so Christ-like lives. The Bible clearly warns us of this in the New Testament.

2 Timothy 4:3 For the time is coming when people will not endure sound teaching, but having itching ears they will accumulate for themselves teachers to suit their own passions, and will turn away from listening to the truth and wander off into myths.

We say things like, “well, God is love” and He absolutely is love, but He’s also more than love. For example, God is also an advocate of holiness and justice. Oftentimes, this makes us uncomfortable. Who wants to believe that their God flooded the earth or poured out his wrath in the form of deadly plagues? We so badly want the faith to be simply good, safe, watered-down, fluffy, and heart-warming. The reality is, Christianity is spiritually challenging. Belief in the God of the Bible requires a scandal, the Passion, and the cross.

One of my very favorite quotes from pastor and theologian, Tim Keller, says:

If your god never disagrees with you, you might just be worshiping an idealized version of yourself.

And one of my very favorite songs by Will Reagan & United Pursuit, “Take a Moment“, starts with these lyrics:

We are not meant to understand or even agree with everything our God is and says. That’s why it’s called faith. We must trust that the Lord knows best instead of fashioning our own versions of Him. So, I encourage us to read our Bibles without intimidation. Let’s stop fearing that our God is going to turn out to be someone we don’t want Him to be. Take another look at 2 Timothy and Proverbs for some assurance.

2 Timothy 3:16-17 All Scripture is breathed out by God and profitable for teaching, for reproof, for correction, and for training in righteousness, that the man of God may be complete, equipped for every good work.

Proverbs 30:5-6 Every word of God proves true; he is a shield to those who take refuge in him. Do not add to his words, lest he rebuke you and you be found a liar.

There is no need to add to, subtract from, or alter God’s word. The Bible is amazingly relevant to our lives now, in 21st century America. Every great story comes with its own trials and tribulations, especially the gospel. Let’s stop turning our backs because God’s not writing a fairytale and we are not the main characters.