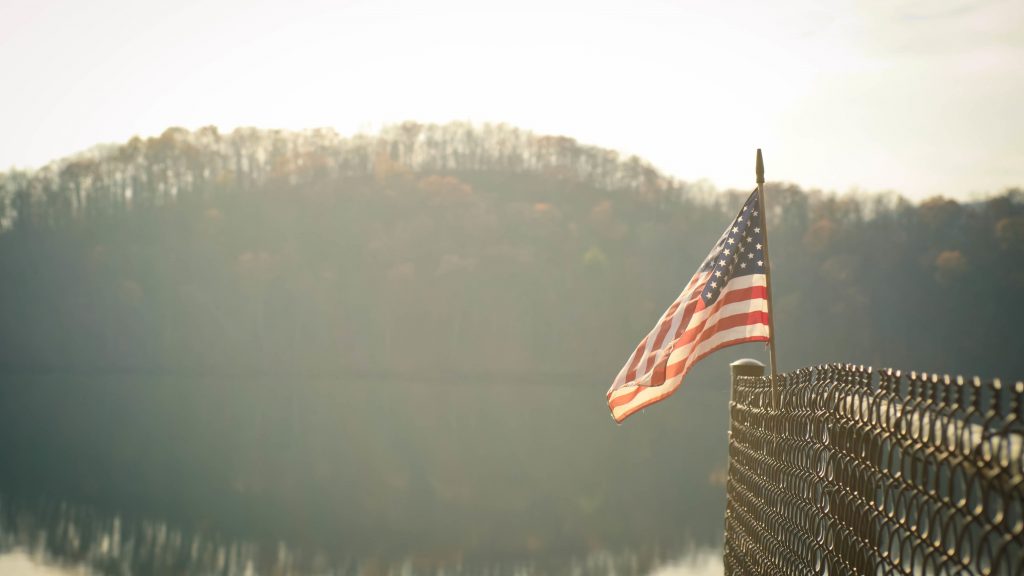 I do believe that this is the first time I’ve ever publicly shared anything having to do with my political beliefs, and I may very well rustle some feathers or surprise some people I’m close to in the process. I think most any American who has (even passively) paid attention to the current presidential race would say that it is, at a minimum, captivating. My hope is to get some discussion started – please leave some comments below!

I grew up believing that I lived in a “Christian nation” founded on Judeo-Christian “principles” and that, among other things, the founding fathers were Christians (or deist at least.) I was part of a community where folks spent a lot of time and energy worrying about how votes might sway in directions that might damage or infringe upon the collective Christianity of America. I was taught that America was, in essence, the “new Israel” and that God delivered my ancestors into the Land of the Free.

Fast forward to now – I no longer believe many of these things. I think that most of the founding fathers were Christian, and clearly their personal convictions strongly influenced the revolutionary work they were doing – as they should have. I do not believe that America is a “Christian nation” – rather, I think it’s a free country that happens to be inhabited, primarily, by people who identify as Christian. I do not believe that America is the “new Israel”. Israel is the new Israel, and they’re pretty good at being Israel. I believe my country was born through genocide, that my ancestors took it from those who already laid claim to it, and I don’t believe they were leaning on their collective Christianity while doing so. I’ve yet to find Jesus advocating for mass murder in my Bible.

Despite our less-than-humble beginnings as a nation, it cannot be ignored that the good ‘ole USA has seen its fair share of prosperity. We have it good here by most anyone’s standards. And, regardless of whether or not one chooses to participate in the democratic process, we do find ourselves equipped with all the tools necessary to shape the future. I want to examine some things Jesus said and talk about where it’s driven my thinking lately on politics.

Matthew 22:15 – 22:22 Then the Pharisees went and plotted how to entangle him in his words. And they sent their disciples to him, along with the Herodians, saying, “Teacher, we know that you are true and teach the way of God truthfully, and you do not care about anyone’s opinion, for you are not swayed by appearances. Tell us, then, what you think. Is it lawful to pay taxes to Caesar, or not?” But Jesus, aware of their malice, said, “Why put me to the test, you hypocrites? Show me the coin for the tax.” And they brought him a denarius. And Jesus said to them, “Whose likeness and inscription is this?” They said, “Caesar’s.” Then he said to them, “Therefore render to Caesar the things that are Caesar’s, and to God the things that are God’s.” When they heard it, they marveled. And they left him and went away.

I think these passages of scripture have probably shaped my adult life more than any others. More than anything, they have lead me to a place where, when faced with an opportunity to share my opinion on something (well, other than my thoughts on the music industry which are totally infallible) I hear my conscious screaming “but…. I could be wrong” in the back of my mind – perhaps to a fault. Said fault aside, I am truly thankful for this insight. Among other things, they have lead me to the following ideals about political discourse:

I won’t go into many of my personal beliefs topic-by-topic because this post will get too long (although I’m more than happy to discuss via email.) But, I’ll say what I feel most convicted to share at the moment. Clearly, Jesus did not live under the rule of an ideal religiously-aligned government, nor did He advocate for one. In Matthew 22 above, the attitude I’m pulling from the text is something to the effect of “do what you have to do (be a good citizen) so that you can do what you need to do (God’s work.)”  I think my real point is this – perhaps we should spend a little less time worrying about what laws are written in our books, and a lot more time living out the laws that are written in our hearts.

Whether we believe that the government is “of the people, by the people, for the people,” or we believe that it’s a twisted machine run by large corporations and the media, we can’t forget that there are people just like you and I running those corporations and the media – people with beating hearts full of ideals just like our own hearts. If we aren’t satisfied with the laws of the land, perhaps it’s time to start sharing the light we carry in our hearts with the hearts of those around us. God has a way of changing hearts and minds – we just have to let Him do it.

My guess is that He’d like to make use of us in doing so.