At Christmastime, we hear, read, and sing about angels more than any other time of year. Think of popular Advent hymns like, “Hark! the Herald Angels Sing”, sparkly angel tree toppers, cheesy Hallmark movies, and the winged figures that hover over our tabletop Nativity scenes. Images of these spiritual beings have become an undeniably familiar presence during the Christmas season both in the Church and in culture.

In Greek, the word for angels is “ángelos” which literally translates to “messengers.” Angels play such a crucial role as God’s messengers in the story of our Savior’s birth and the events leading up to his earthly arrival. The evangelists of Matthew and Luke’s gospel accounts tell us about the angels who appeared to Zechariah, Mary, Joseph, and the shepherds in the field. Below is a brief summary of each of those events in Scripture:

With so many references to angels in these texts, it is understandable why they have become such a prominent symbol of Christmas. So, we must ask ourselves, what have these heavenly messengers come to say? What is their purpose in this most divine event in history? And what can we learn from their encounters with Zechariah, Mary, Joseph, and the lowly shepherds? Let’s explore a few common themes from these angelic messages and what they mean for how we ought to celebrate the birth of our Savior this Christmas.

In each encounter with an angel, the first reaction of Zechariah, Mary, Joseph, and the shepherds is fear. Luke tells us that Zechariah was startled and gripped with fear. In Matthew, an angel tells Joseph, “Do not be afraid to take Mary as your wife.” In Luke, the angel Gabriel says to Mary, “Do not be afraid, Mary, for you have found favor with God.” Then, when Jesus is born, an angel appears to shepherds watching and they were terribly frightened, so he exclaimed, “Do not be afraid; Behold, I am bringing you good news of great joy for all the people.”

In pastor Tim Keller’s book, Hidden Christmas: The Surprising Truth Behind the Birth of Christ, he explains that humans have been afraid in the presence of God since the fall of man. There is a universal sense of unworthiness familiar to all humans in the presence of God because He is utterly holy and we are profoundly not. To be amidst holiness evokes a fear that all humans know deep in their hearts; the fear of being found out, a failure, and not good enough because of our sin and consequently the wrath of God. In the Old Testament, there are several instances where God’s people drew near to Him in the most terrible ways and were freighted just the same.

With this in mind, it’s no wonder Zechariah, Mary, Joseph, and the shepherds all initially responded with fear when the heavenly angels appeared. However, living on this side of the Cross, we can stand in the knowledge and comfort that we need not be afraid! As Keller puts it, Jesus did not come to bring judgement upon us, but to bear it Himself. Christ’s redeeming work is finished. He took on the burden of our sin so that we no longer have to be afraid of our standing before Him. Hope has come and love has won!

The second recurring theme we learn from these angelic encounters is that God’s angels have come to bring good news of great joy! The angel says to Zechariah, “I have been sent to speak to you and to tell you this good news.” Gabriel tells Mary that Jesus will reign over the house of Jacob forever and his kingdom will have no end. Joseph learns from an angel that Jesus will save His people from their sins. The shepherds are told, “For today in the city of David there has been born for you a Savior, who is Christ the Lord.” This is all good news indeed!

Keller points out the distinctive differences between good advice and the gospel, good news. Primarily, it is important to note that advice is something that requires an individual to respond with action, but news indicates that someone else has already acted. The gospel is not advice telling us how we should live our lives, but rather, an announcement of what God has already done in Jesus. The angels did not come to say, “Greetings, everyone! Here is what you need to do,” but rather, “Behold! I bring you glad tidings of great joy!” or in other words, “Good news! Something amazing has already been done!”

The Bible tells us the good news is that we do not save ourselves because God has come down from heaven to save us. At Christmas, we are reminded that the Creator of the universe came to live among His creation in the person of Christ. The remarkable message of the birth of Jesus is that the Lord of all, the infinite One, chose to be born so that He could die.

Thirdly, we learn from the Lord’s appointed angels that God is greatly glorified at the Nativity through a not-so-glorious birth in not-so-glorious circumstances. The angel Gabriel tells Mary that even though she is a virgin, she will conceive a Son by the Holy Spirit. Similarly, an angel appears to Joseph to tell him of the immaculate conception. In Luke, the angel gives the watching shepherds a sign saying they will find a baby wrapped in swaddling clothes and lying in a manger.

We know from other places in Scripture that the Son of God was not born in the big city of Jerusalem, but in a little town called Bethlehem. The King of Kings entered this world, not in a palace, but in a stable. He unexpectedly came to us as a poor and vulnerable baby, not a strong and mighty warrior. And still, the heavenly host praised God saying:

Luke 2:14 Glory to God in the highest,
and on earth peace among those with whom he is pleased!

At the Incarnation, God was greatly glorified! The birth of Christ displays God’s greatness because He is both eternal and born of a woman; fully God and fully man. And the reason He did this was to save sinners. God is glorified because He sent His Son to be the propitiation for our sins so that we might have a restored relationship with Him.

In summary, we do not have to fear holiness in sin because the hope of the gospel is good news that glorifies Him. It means God with us. We join the heavenly host and sing, “Gloria in Excelsis Deo” in response to what Jesus has done for us. This Christmas, let us reflect on the birth of our Savior through the lens of angels. These encounters with Zechariah, Mary, Joseph, and the shepherds show us the wonder of our salvation that even the prophets of old and the angels of heaven longed to see!

1 Peter 1:10-12 Concerning this salvation, the prophets who prophesied about the grace that was to be yours searched and inquired carefully, inquiring what person or time the Spirit of Christ in them was indicating when he predicted the sufferings of Christ and the subsequent glories. It was revealed to them that they were serving not themselves but you, in the things that have now been announced to you through those who preached the good news to you by the Holy Spirit sent from heaven, things into which angels long to look.

Hidden Christmas: The Surprising Truth Behind the Birth of Christ – Tim Keller
Christmas According to the Angels Parts 1, 2, and 3 – Ligonier Ministries
Sermon Series – Sinclair Ferguson 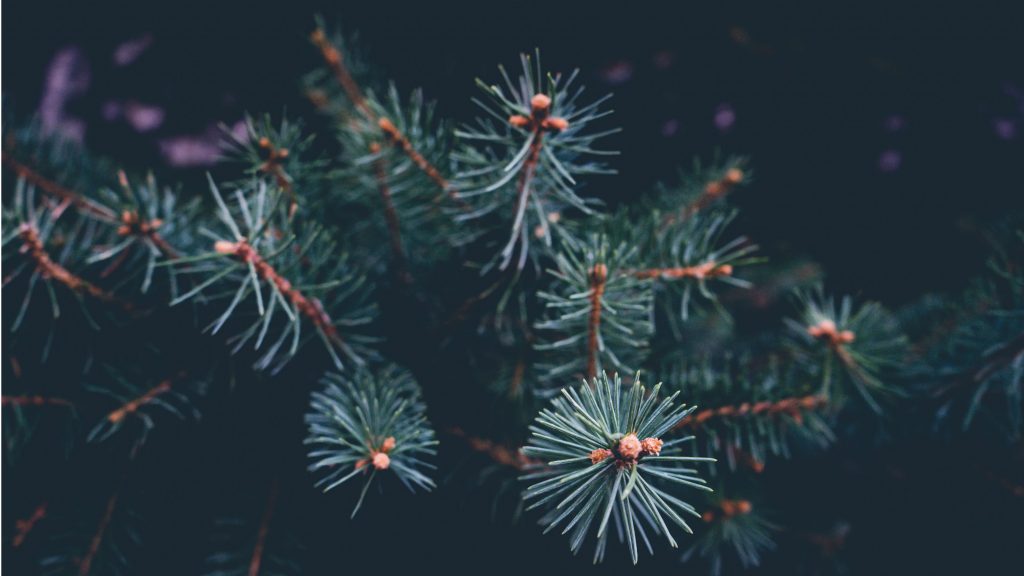 For it is good to be children sometimes, and never better than at Christmas, when its mighty Founder was a child Himself.

The Christmas season always reminds me that no matter how commonplace greed, selfishness and consumerism have become, humanity still seems to grasp at something unbelievable to believe in. Maybe without realizing it, secular, popular culture has indeed held on to the truth that at Christmastime, we should hope like children. We are encouraged to believe in Santa and magic and miracles and celebrate the season with holiday cheer. But even amidst all of the enchanting Christmas legends, movies and books that inspire this wonder, there is still one story greater and more wonderful than them all.

Isaiah 7:14 Therefore the Lord himself will give you a sign. Behold, the virgin shall conceive and bear a son, and shall call his name Immanuel.

It is the story of an ancient promise and heaven dancing. When shepherds abiding in the field heard of the baby wrapped in swaddling cloths lying in a manger. The story of a small countryside town, a virgin birth and a guiding star, of treasures and gifts of gold, frankincense and myrrh. A silent and holy night, when God humbled himself to the likeness of an infant and angels rejoiced in the glory of the Lord.

Immanuel, God with us. The Word became flesh, the only Son from the Father, full of grace and truth. He left his heavenly throne to be with us because he loved us enough. How cherished are we that Immanuel does not mean “us with God,” it means “God with us”?

I will honour Christmas in my heart, and try to keep it all the year. I will live in the Past, the Present, and the Future. The Spirits of all Three shall strive within me. I will not shut out the lessons that they teach!

Luke 2:14 Glory to God in the highest, and on earth peace, good will toward men.

Merry Christmas to all!